After the World SUP tour event at Huntington Beach, we were all stoked with our results and feeling like our surfing had improved, after mixing it up with the worlds best. We heard that there was a US SUP event happening, a couple miles down the coast near Santa Barbara at a surf spot called C- Street. We decided to make the mission down the coast, after hearing that there was also some dollars up for grabs and the wave looked super fun, after looking at some pictures online. We took a slow cruise along the coast, soaking up the scenery along the Pacific Coast Highway. We stopped off at the famous Malibu, where the wave runs forever, perfect for a SUP or Longboard. Unfortunately the line up had about 50 people on it, so we decided to drive on.

Heading into Santa Barbara and up the mountain where Chris Gudzheut greeted us from Carbonerra paddles. He set us up with a place to stay for 2 nights and showed us around the town. There are some really cool restaurants and pubs along the main stretch, it’s definitely one of my favorite towns in America.

We drove down to C- Street early the next day to check out the waves. What an awesome set up. We pulled up into the car park where the wave ran with different sections from the top of the point, all the way down, about a 1km stretch of waves – broken up along the point. We quickly waxed up and were out there. There were a couple really good longboarders out there as the wave was also ideal for that kind of board. Most of the guys hadn’t seen SUP’s that small and were really impressed with our surfing and how we were able to stand on such small boards. 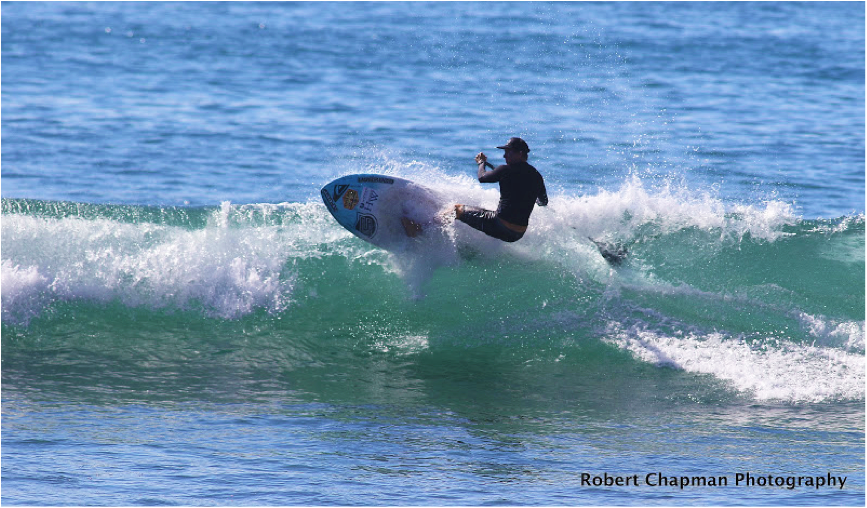 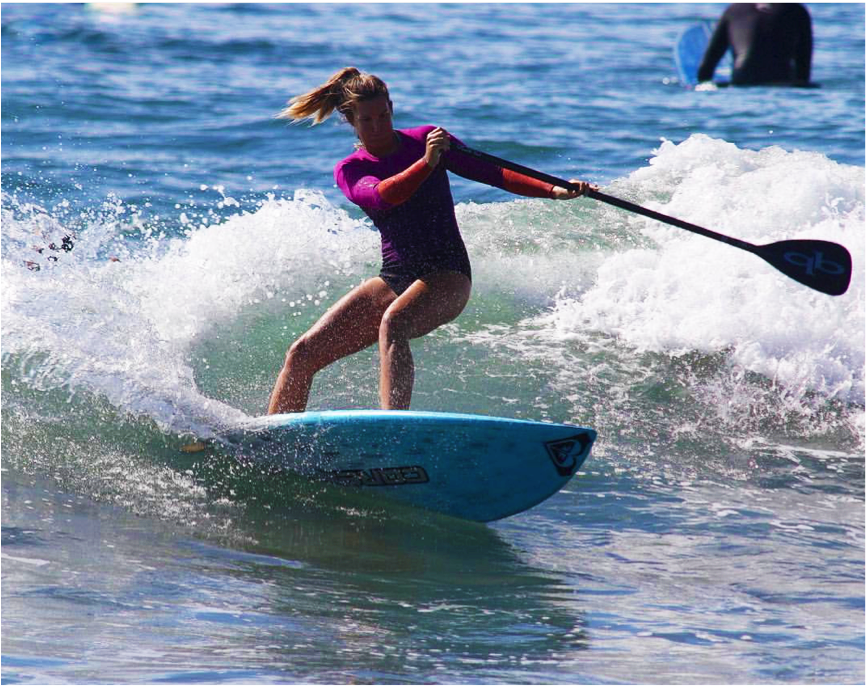 Tarryn getting in some practise at the contest site! Pic: Robert Chapman

Up early on Friday morning, where the first heat was scheduled to start at 7am. We got down there and were greeted by the strongest offshore I’d experienced since arriving, we even put on a jersey for the first time, which didn’t last very long as the hot Californian sun soon showed its face. Tom was up in the first heat and nailed it, going to town on a couple waves all the way to the beach. No one knew who we were besides a couple world tour competitors so it was cool to turn some heads from heat 1! My round 1 heat was next, waiting for a set wave I took off, only to be dropped in on by one of the locals all the way to the beach. It was tricky trying to clear the water for the event but as the day went on, they started heading further down the point. I managed to win my first heat.

Tom going to town and turning some heads in round 1! Pic: Robert Chapman 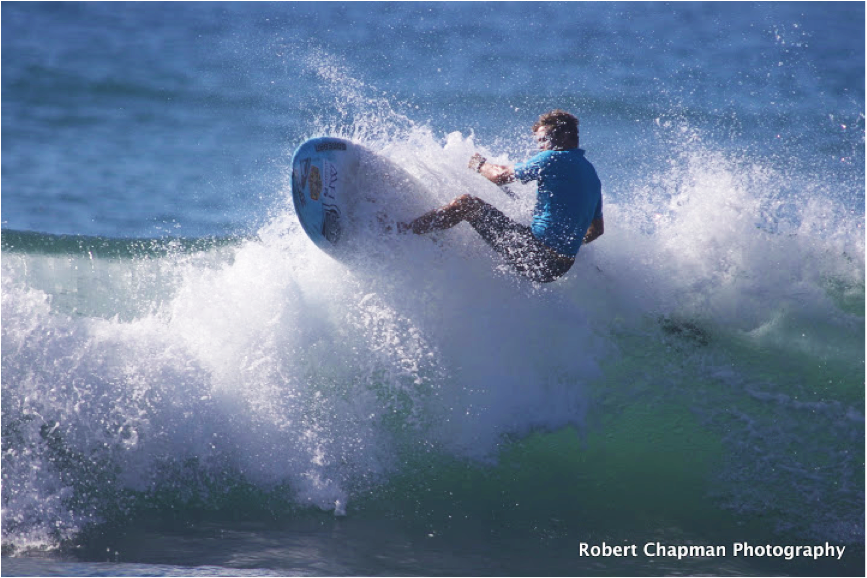 Close out floater in round 1!

Tarryn was competing in the open men’s and ladies divisions to increase her chances of some dollars! She had a great first heat, making the guys super nervous. On her way in though, she got caught up on the reef as the tide continued to drop and got cut up quite badly. Doctor Tom was on call to sort it out though.

Round 2 was an interesting one and saw team TK having to surf against each other. It was probably the best I’ve ever seen Tom surf before with a lot more than some dollars on the line. Tom and I continued to advance through the rounds, where the Semi Finals were a man on man format, allowing for you to be more selective in which waves to take off on. Tom came up against a fierce local competitor where he narrowly lost out as the crosshore started to pick up. Tarryn’s ladies final was up next and with her cuts bandaged up, she was out there! Caroline from France was ripping throughout the event and would be a tough competitor to overcome. Tarryn rose to the challenge and connected 2 good waves to the beach in tricky conditions, giving her the open ladies win in the end. 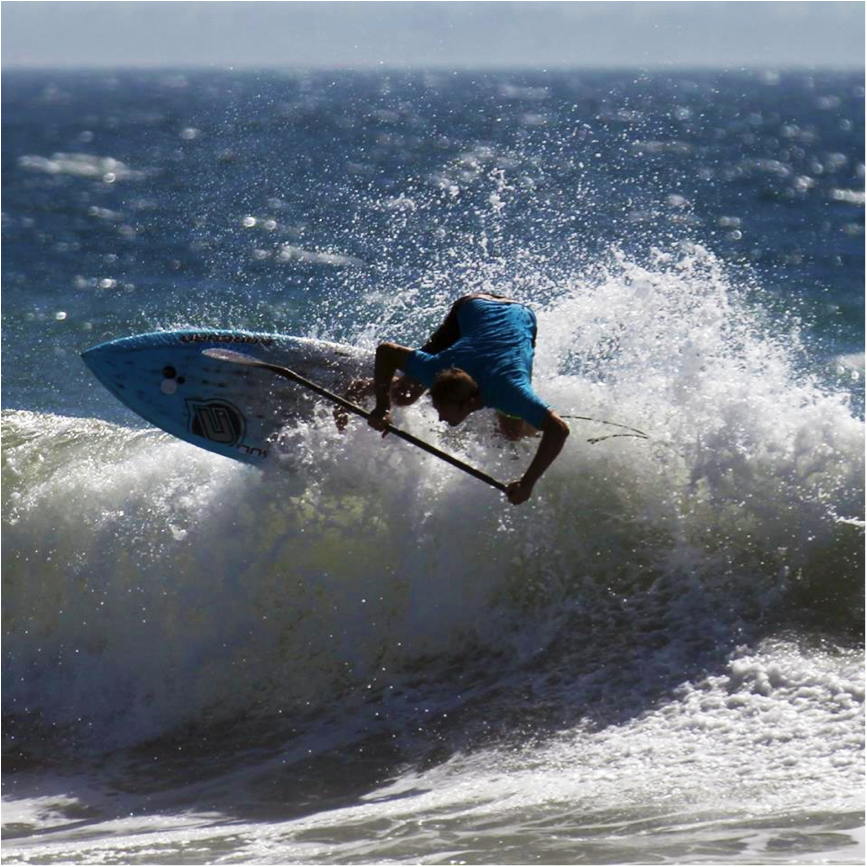 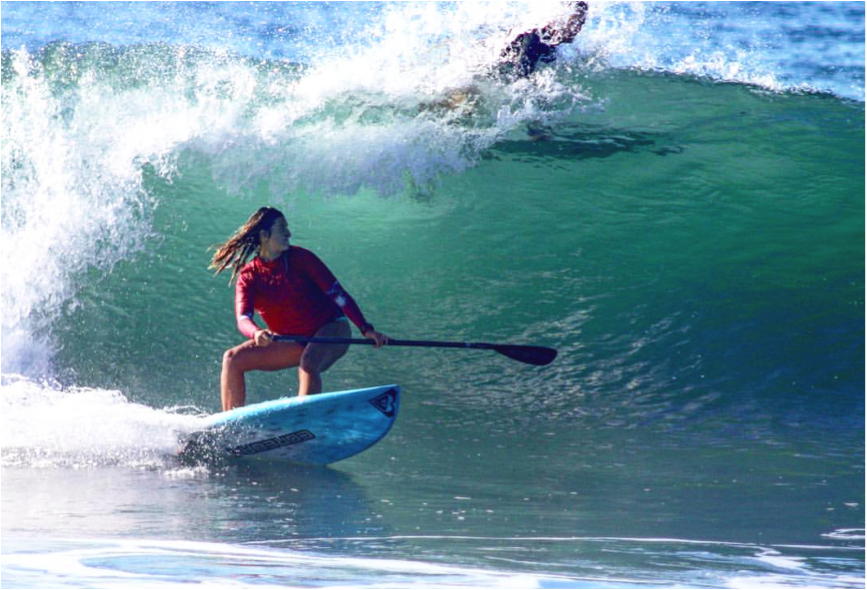 Tarryn cranking one off the bottom on her backhand trying to avoid the reef! Pic: Robert Chapman

My man on man final against local, Dave Figlioli, was on. It was a super slow start with not many waves coming through. I managed to get a good wave after about 7 minutes into the final. I struggled to back it up, as I saw Dave take off on a few good waves further down the point. I watched the massive clock on the beach counting down as I saw a set approaching, paddling my arms off to get into the wave with 10 seconds to go, it lined up to the beach and enabled me to secure the win.

It was a super fun event in some great waves. It was cool to hang out and SUP with some new frothers and obviously take home some dollars to keep us on the road for a bit longer. Off to Dana Point we headed, for the biggest SUP race event of the year! 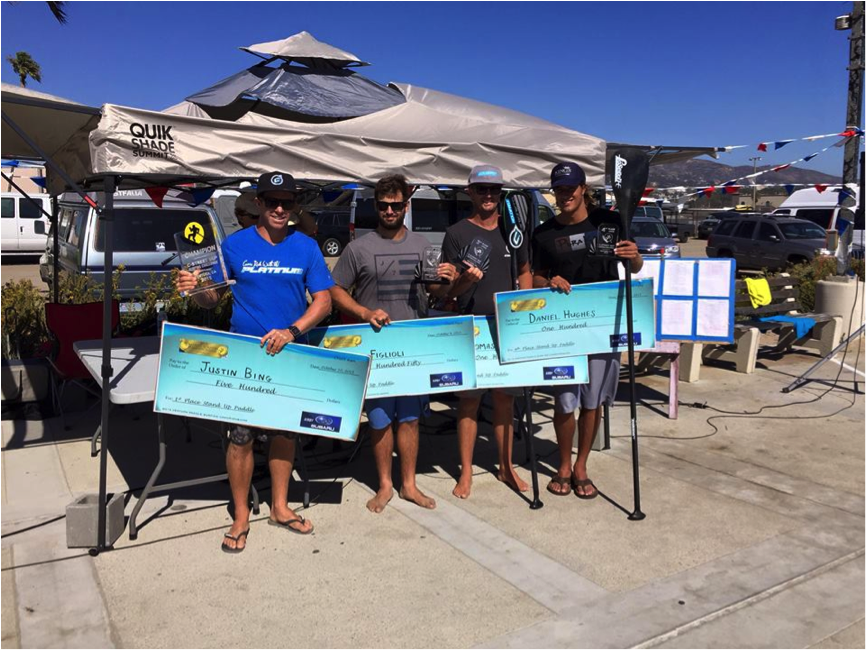 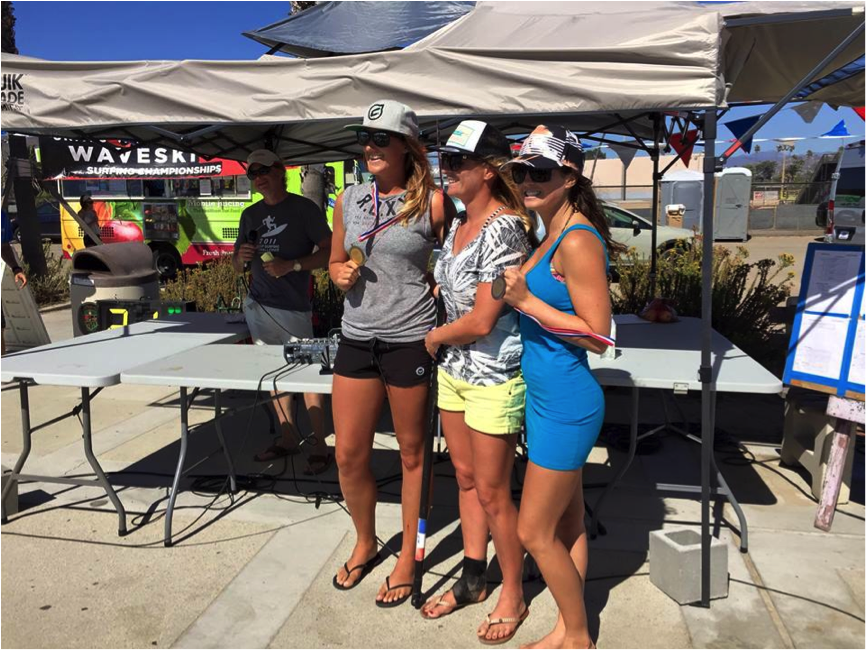