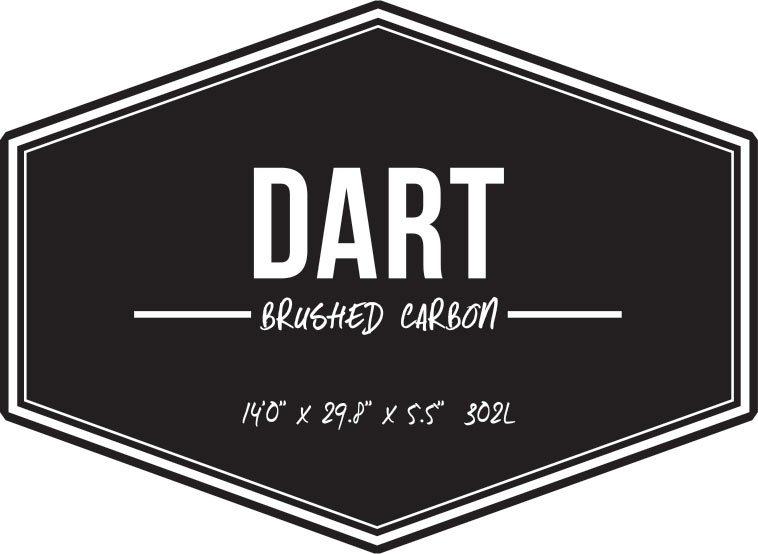 First week home in Cape Town, after an epic trip to Hawaii and we are straight back into it with a big weekend of racing.

On Saturday we had the annual “There & Back Challenge” held in False Bay in conjunction with the Hobie Cat and surf ski’s. It was going to be a fun day of racing on the ocean. The provisional course for the day was a race from Fish Hoek beach to the Roman Rock lighthouse and back. We woke up on Saturday morning to the most beautiful day. With slightly unpredictable wind patterns and a fair bit of swell, the race co-ordinator decided a course in Fish Hoek would be best. This would also make for a more exciting race for both participants and spectators, with buoy turns and a crunching shore break. 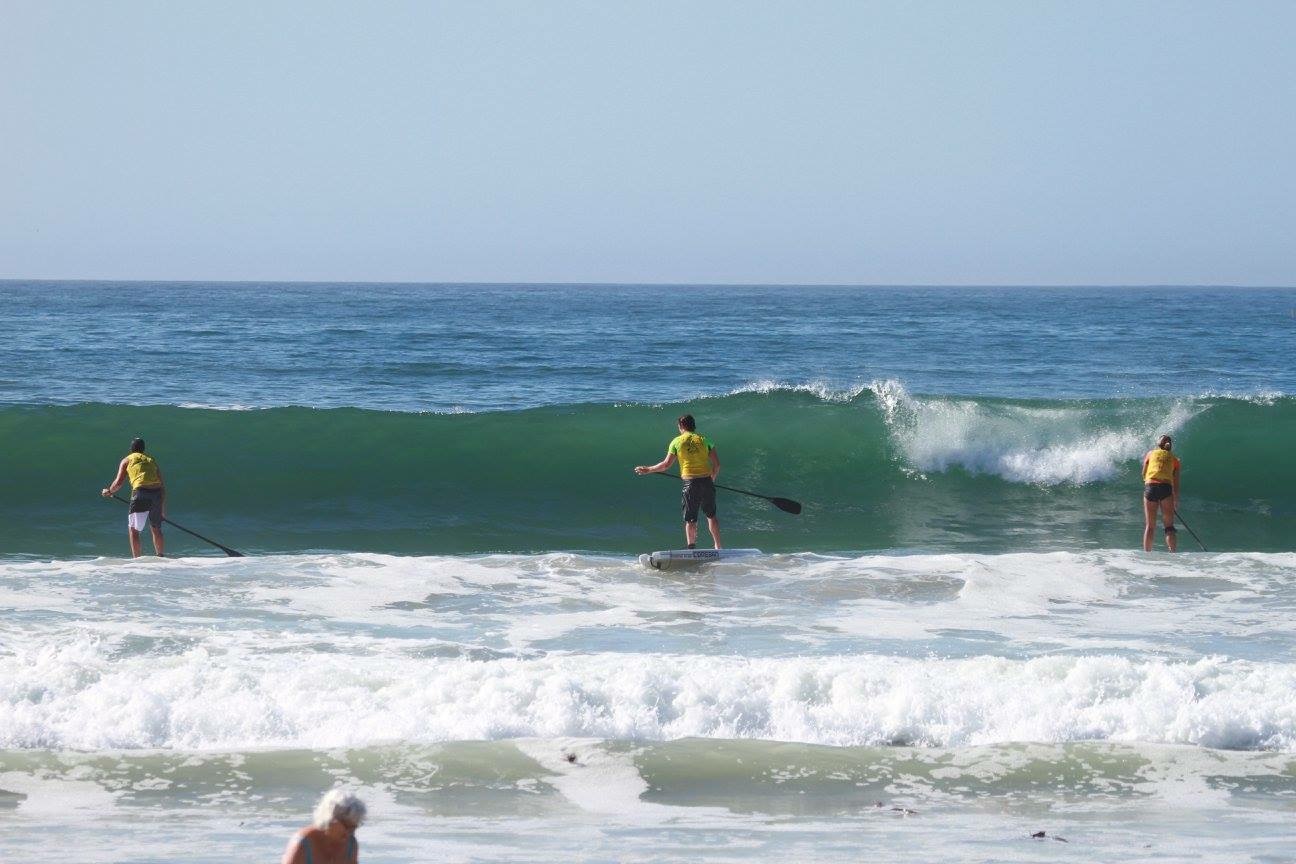 Ross, Tyran and myself about to get cleaned up by another set

Tom King was fast off the beach on his Coreban Phoenix and managed to keep on pulling away throughout the race. Gary Van Rooyen, Charles Higgins, Armin Wolgemuth and Tyran Cooper were left to fight it out for second and third place. Around the first surf can Tyran blew it with a technical error and a snapped leash, leaving Gary, Charles and Armin to pull away. In the ladies, Monika Wolgemuth and myself were the two die hards and had lots of fun, especially in the shore break! Brad Ewing and Levi Mayes were the junior champions and paddled like stars in some heavy conditions, but the wipe out of the day has to go to Justin Linley, one for the books! Well done to everybody and thanks for a great race, we will be back next year. 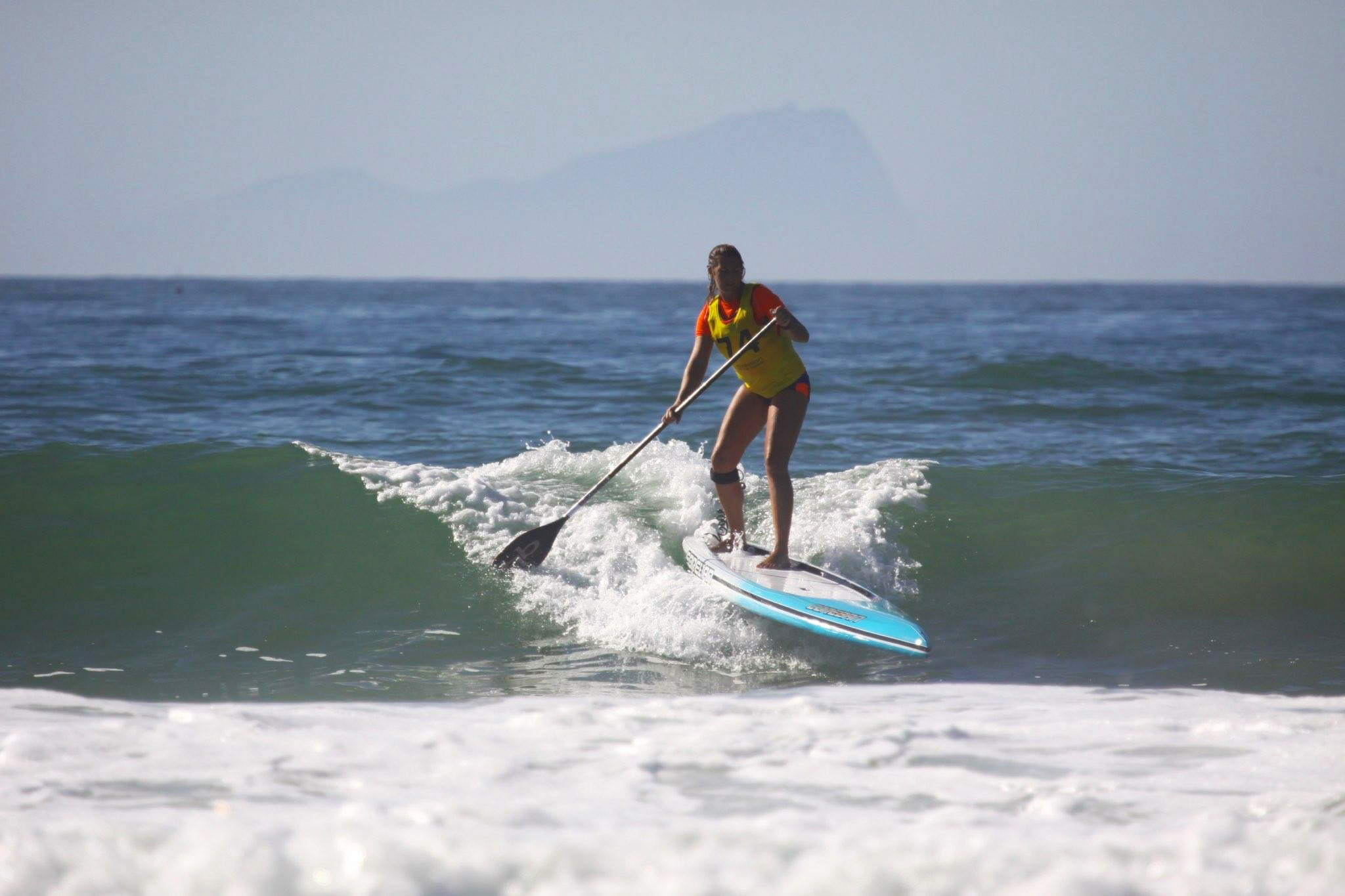 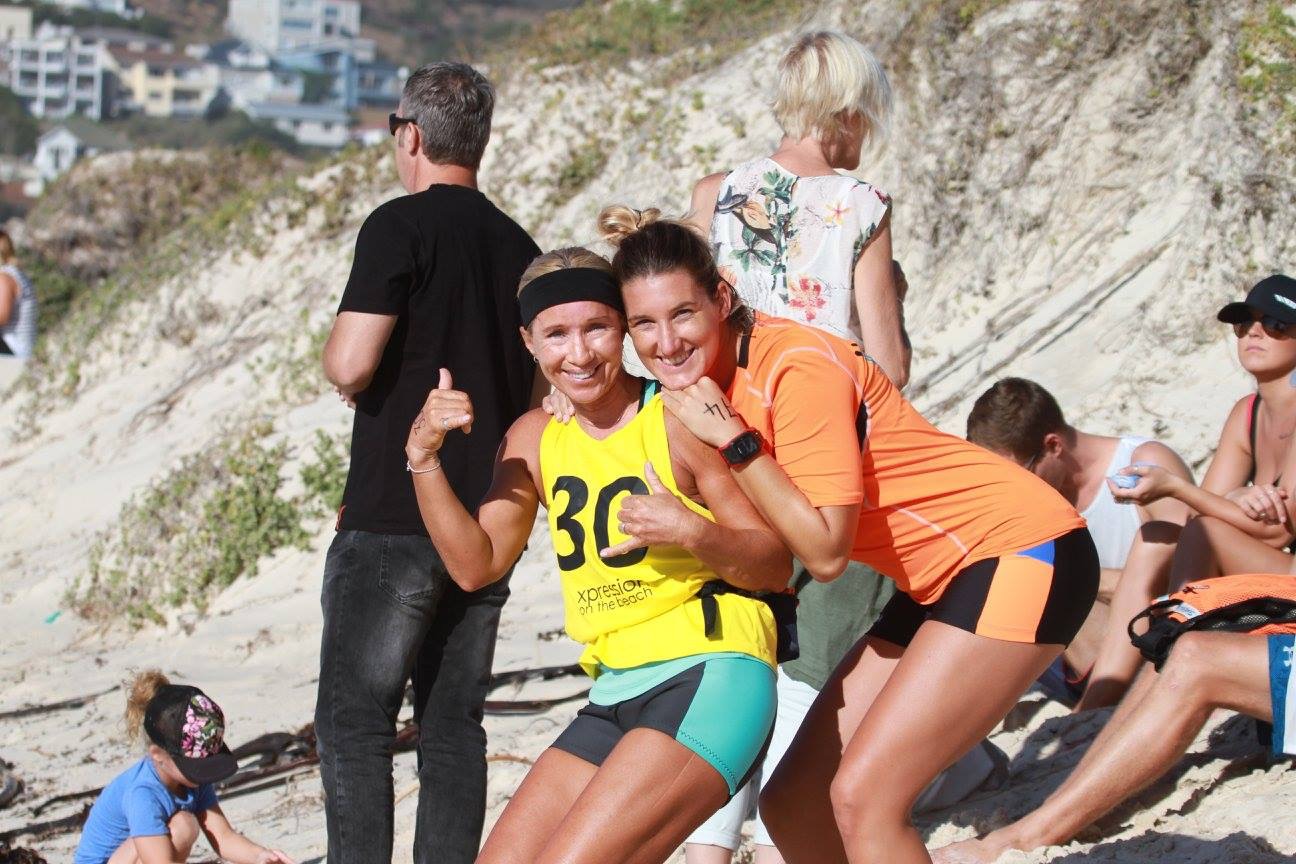 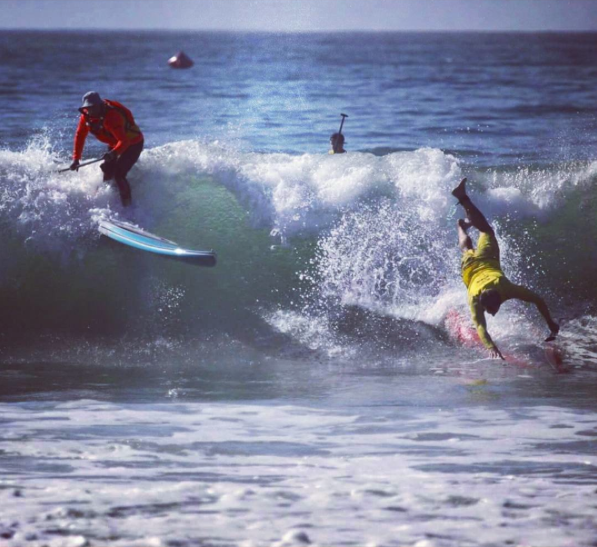 Saturday evening we headed out to the SUPSA awards (South African stand up paddle awards) ceremony. I am stoked to say that Team Coreban cleaned up. Myself and Thomas both won the overall SUP awards – Racing & Surfing for Men and Women. Team mate Justin Bing took home the SUP wave riding/surfing title and Coreban CEO, Gary van Rooyen was awarded the Presidents Award for Service to the sport of Stand Up paddle boarding. 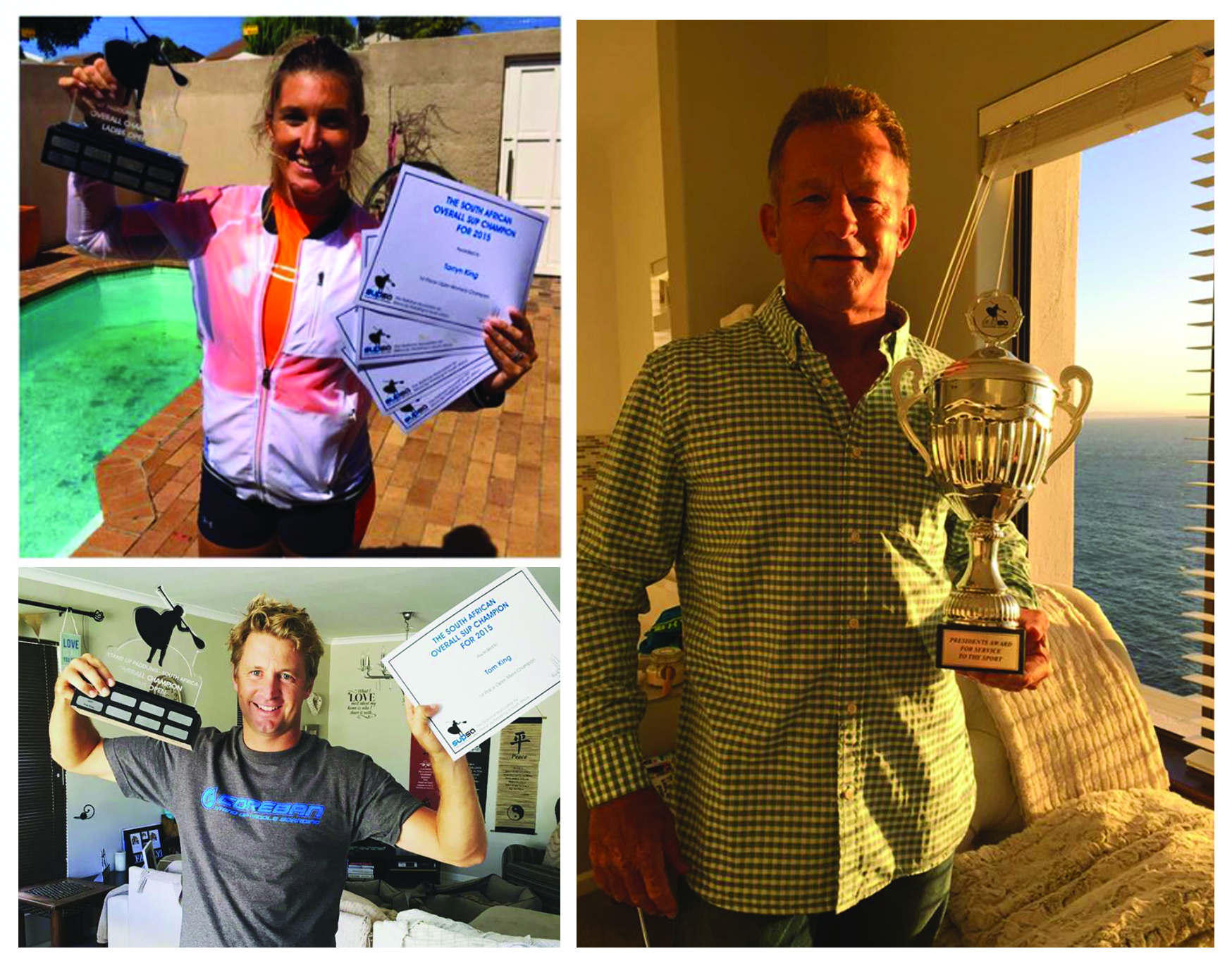 On Sunday we saw the first SUPSA sanctioned race for 2016. This was the Red Paddle race held at Intaka Island. The guys set off first with Dylan, Chris and Tom fast out of the blocks. The ladies went off a minute later. Jackie and I (on the carbon Coreban Phoenix) lead the pack with Lande, Monika, Joeleen and Emmie, hot on our heels. The first lap, I got onto Jackie’s draft and the second lap she drafted me. It was going to be a tough lap for me with her on my draft and the South easter didn’t make it any easier. I knew I HAD to paddle my heart out to try and get onto the back of the mens train I saw in the distance. This train consisted of Dave Maxwell, Matt Maxwell, Craig Girldestone and young SUP’er  and Coreban team rider Cam Tripney. I still don’t know how I managed to catch them, but when I did, I knew I could take a bit of a break. We hung onto that train for most of the third lap. About 600 m from the finish, Jackie saw me reaching for my hydration and thought this is her chance to breakaway. At this split second I noticed Jackie’s board coming up on my right side, so I dropped my hydration and started sprinting up the left hand side of the train with Jackie sprinting up the right. I knew this would be super tough because it was still a fairly long way to the finish line. In the end Jackie just pipped me over the finish line. This was one of the best races I have taken part in on home turf, I really enjoyed working with Jackie the whole race as well as seeing how amazing the rest of the girls in SA are paddling, it’s incredible. 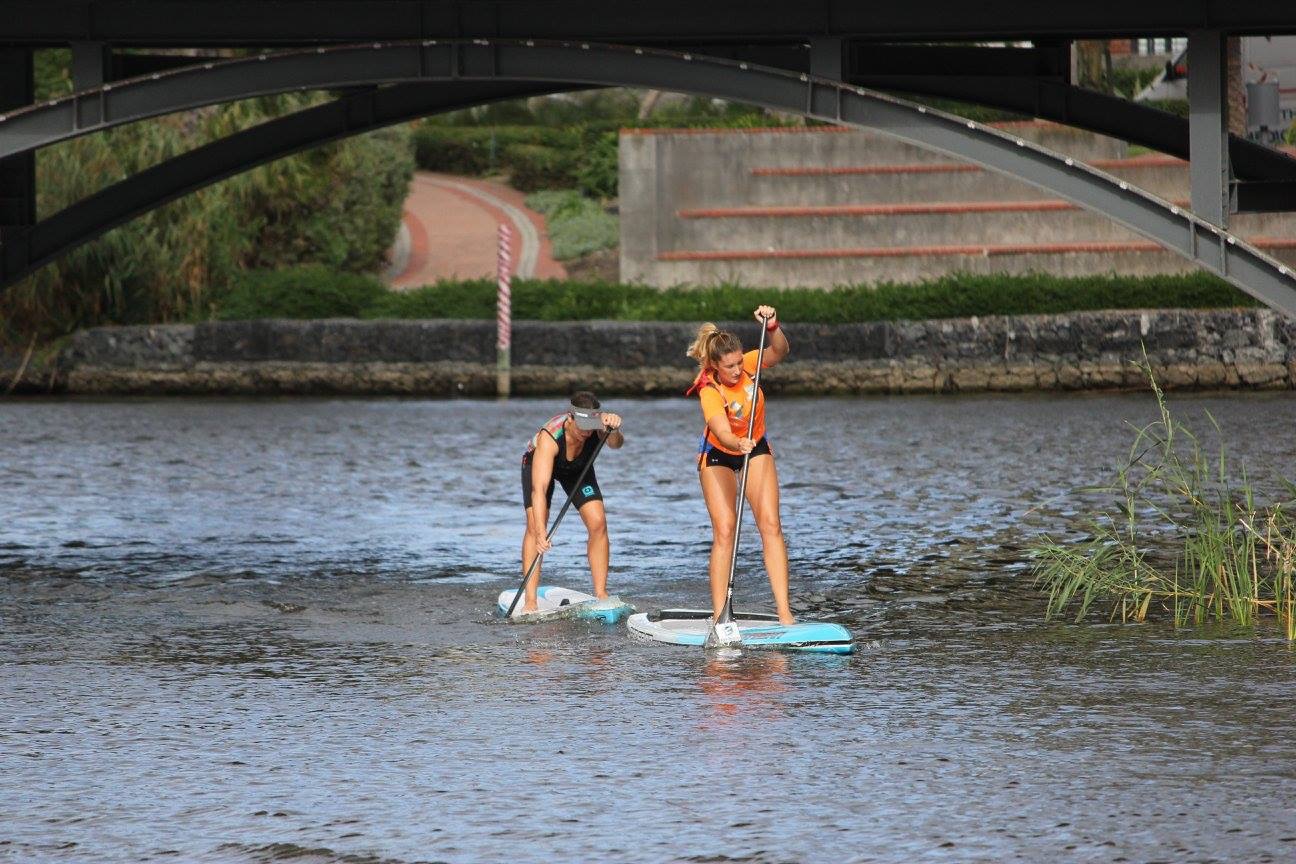 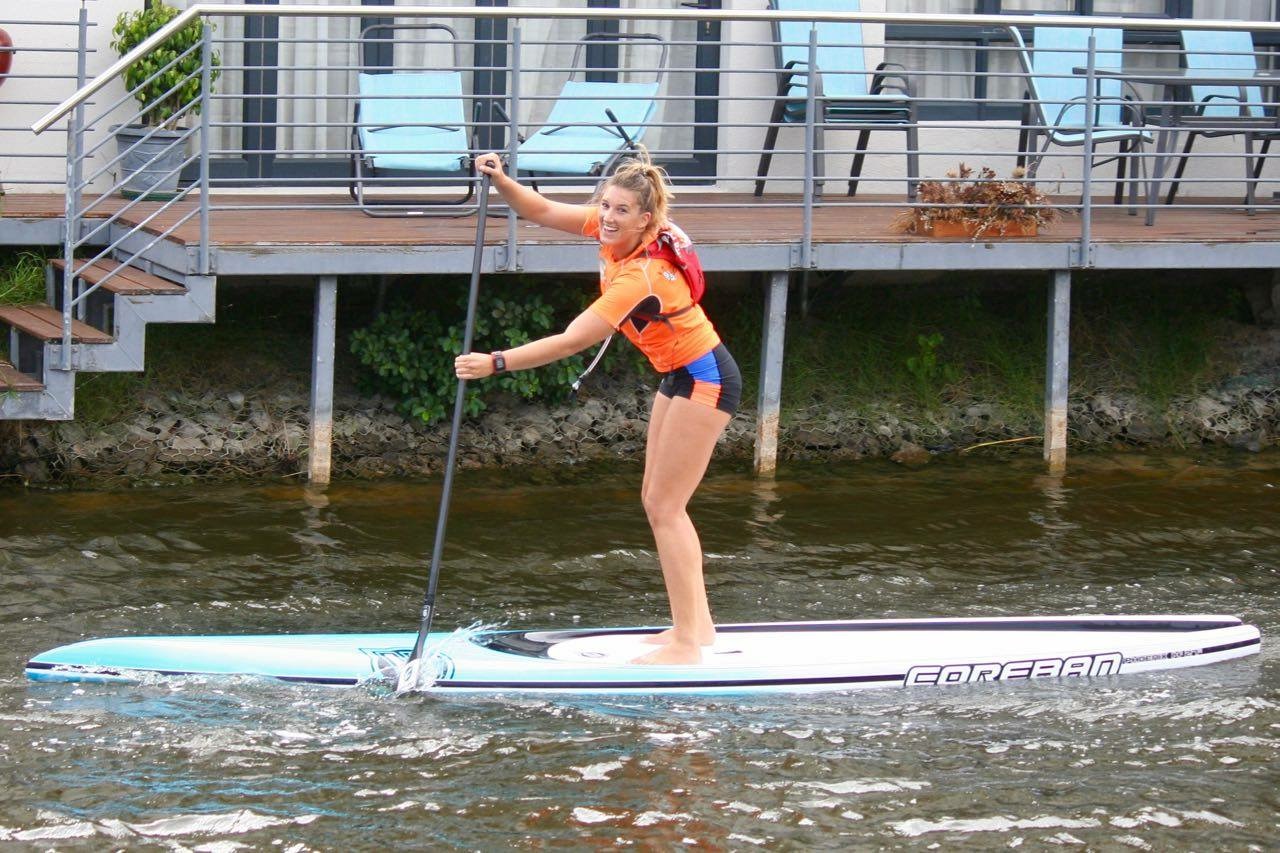 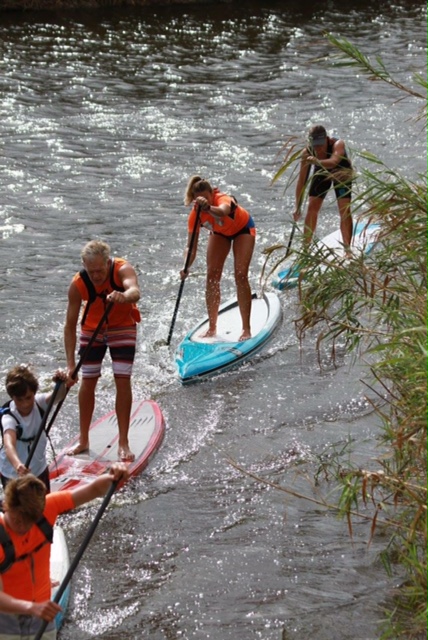 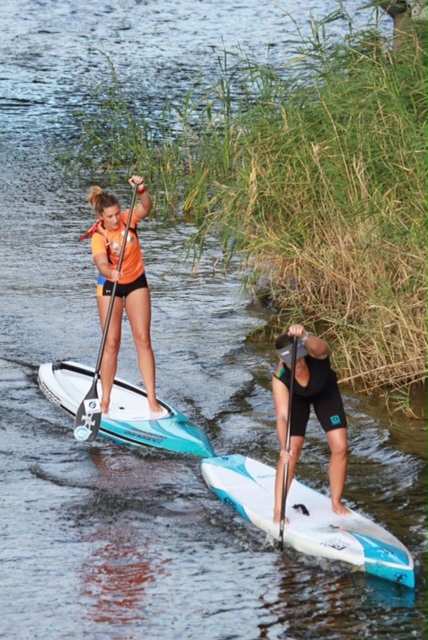 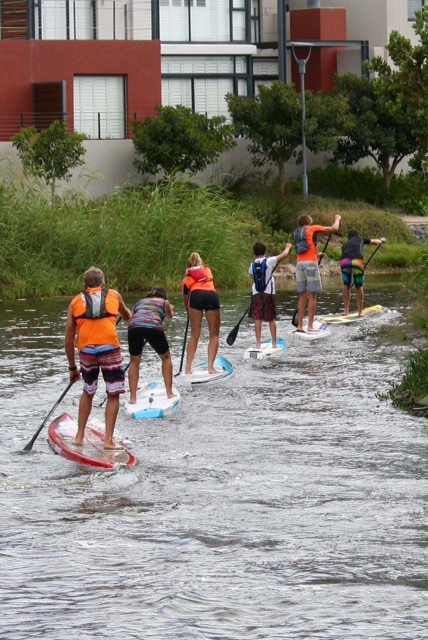 Once the gruelling 10km race was finished, the short 3km race was underway. Our little Deep South grom Levi Mayes was fast out of the blocks, leaving his dad and fellow competitors in his dust. He managed to hang in there and finish second overall. Mr Green won the short course with young Alex Tripney taking the junior ladies win, Merrick Southworth, the open ladies and Kevin Wright and race director winning the legends.

See ya on the water! Looking forward to this weekend’s downwind dash and Downwind clinic up in Langebaan.